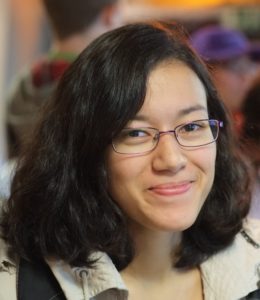 Stella obtained her degree in Chemistry at the Mendeleev University in Moscow in June 2016. During her studies, she was a member of Nifantiev’s research group and conducted a research focusing on the synthesis of oligosaccharides of bacterial origin. Aiming to have experience in different branches of Chemistry in summer 2013 she visited Equipe G (Prof. Rinaldo Poli) of the LCC Toulouse where she performed a small project on catalysis. After that in summer 2014 she had an internship in TU Delft in the Aubin-Tam’s group and was involved in a project devoted to nanodisc construction. In September 2016 Stella joined the Walvoort’s group where she is working on the synthesis of oligosaccharides of human origin.