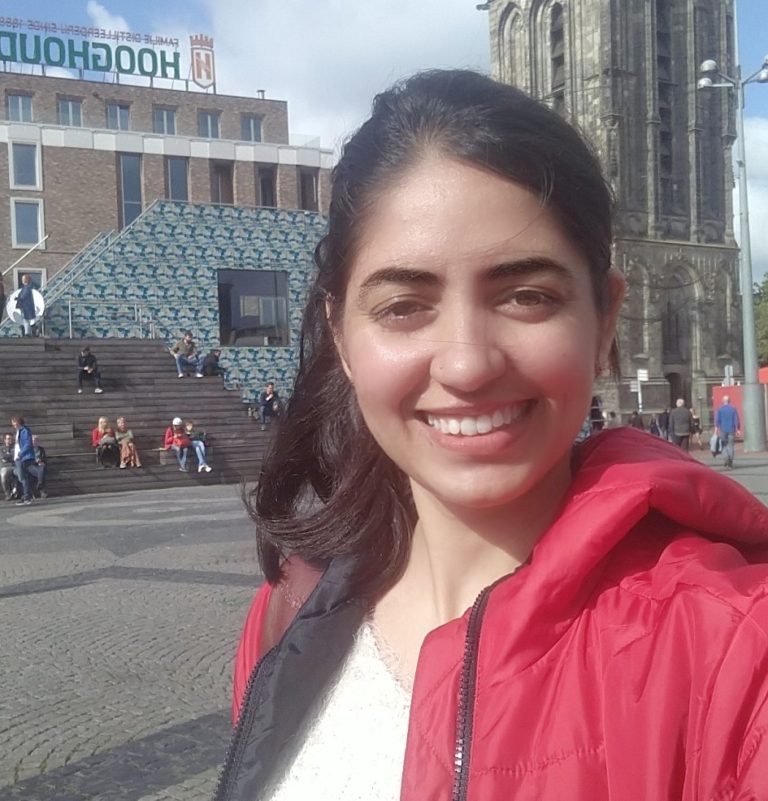 In July 1994, Pushpa was born in Rajasthan, India. There she obtained her bachelor degree in 2012 from Maharani’s College, University of Rajasthan, Jaipur, India. Then in 2015, she got her master degree in biochemistry from Bangalore University, Bangalore, India. Afterwards, she joined the Indian Institute of Science (IISc)in Bangalore as an intern and continued there as a Junior research fellow working on projects that focused on structural characterization of intrinsically disordered proteins. At the IISC she also later joined the Neuroscience group and worked on multiplex genome editing in mammalian cells by using CRISPR/Cas9 system to screen genes which are responsible for gliosis. In August 2019, Pushpa joined the research groups of Prof. van der Wel (UMCG) and Dr. Walvoort (Chemical Biology) as a PhD student to study physical properties of tumor cells (leukemia & glioblastoma) by using solid state NMR.